Suppose you have never been to a 12-year-old’s birthday party and tasted victory, defeat, paint from a classic game of paintball. In that case, you are probably wondering what paintball is.

Paintball is a popular hobby among children, teens, and even adults. It involves the use of weapons that resemble firearms. These weapons are loaded with paintballs. Within the past decade, paintball has made waves in the realm of recreational activities. Children as young as eight years old can now be seen brandishing a weapon full of paintballs. Venues now offer children’s parties with “mini-ball” events.

While the “pain that comes with the paint” is subjective, others argue the danger it poses. Ultimately, the harm the game itself brings depends on who is using the weapons involved.

Just about anyone these days can pick up a gun and partake in these events. In this article, we will shed light on who can own a paintball gun. And if “dangerous” people or those convicted of felonies can own one. We will also be covering the governing laws associated with this pseudo-weaponry.

Can a Felon Have a Paintball Gun? 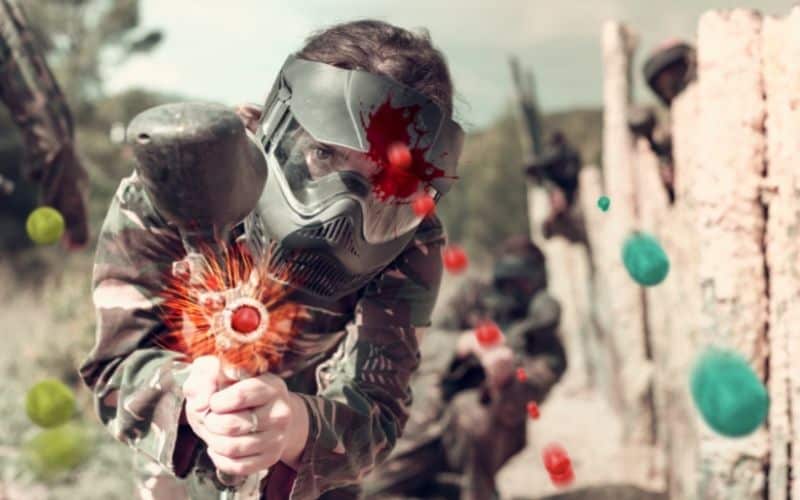 The answer is a resounding no.

While any adult can legally own a paintball gun, those convicted of felonies or violent misdemeanors are stripped of that privilege.

Someone with a violent history will, of course, not be granted a permit. If the person is on probation, they might be cited for using or owning a paintball gun. Possession of a firearm or deadly weapon constitutes a parole violation.

The weapons used in paintball aren’t designed to cause death or severe injury. But, who uses the gun, how they use it, and what they intend on using it for are variables that determine its dangers.

There have been reports of armed robberies and fatal shootings with the use of a paintball gun. These mishaps led to San Francisco banning private ownership across the city. The law was, however, overturned.

Is a Paintball Gun Considered a Firearm? 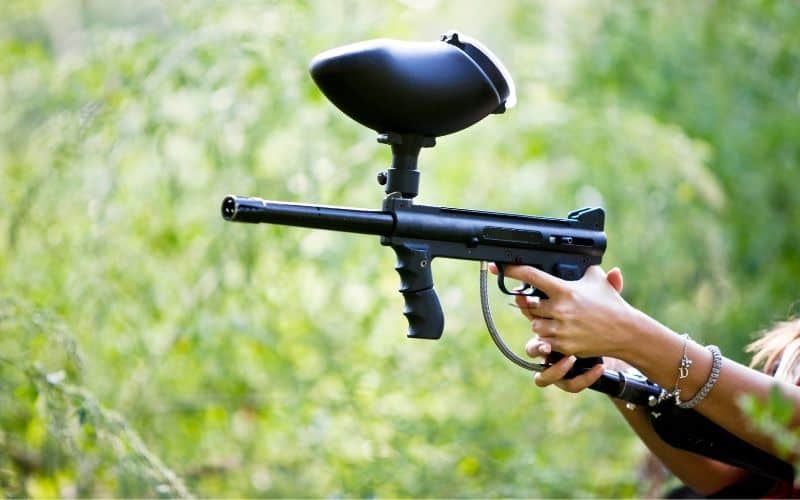 In some states, yes. Other states do not consider paintballs, airsoft guns, or BB guns firearms. However, these are all considered weapons.

The Bureau of Alcohol Tobacco, Firearms, and Explosives state that any weapon that can fire a projectile through an explosive reaction is considered a firearm.

There are two kinds of paintball guns, electronic and mechanical. What they have in common is the process in which the gun produces the paintball.

Upon firing, a small pin shifts a ball into the barrel and seals it in place. A valve then discharges compressed gas which expands within the barrel, projecting the paintball out of the gun.

Simply put, a paintball gun uses compressed gas or compressed air to launch paintballs through its barrel and strike a target. This process can be argued as the “explosive reaction” involved in firing a projectile. 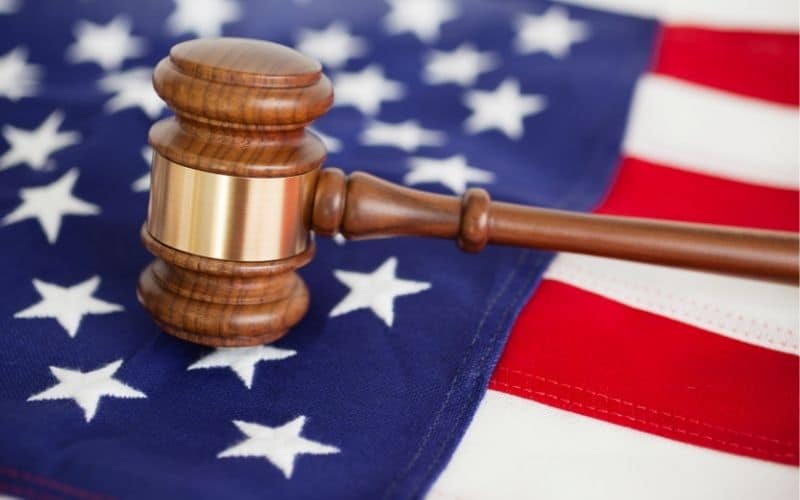 The laws involved in this consideration vary with every state.

Some states first take into consideration the weapon’s velocity or muzzle energy in firing projectiles. With this, they render their verdict on the firearm. Paintball guns like the Tippmann X7 Phenom Mechanical .68 Caliber , a military-style marker with powerful mechanisms, can easily be considered a firearm.

It is not considered a firearm in Connecticut, Delaware, and North Dakota but a dangerous weapon.

With perspectives varying from each city within those states, anyone with prior convictions can and will be cited for possession. A person with priors can be cited if they are found with the weapon outside of playing grounds.

Even if it isn’t considered a firearm, if you are stopped by a police officer, you are obligated to tell them you are in possession of a weapon. This law applies to everyone and not just convicted felons or those on probation.

The act of “carrying a concealed weapon” is normal and legal. But, you must declare any weapons on your person or within proximity if you are in the presence of a police officer. Failing to declare anything legally deemed as a “weapon” is against the law.

Familiarize yourself with the laws that go into carrying your paintball gun outside of legal playing grounds.

What Weapons are Illegal for Felons? 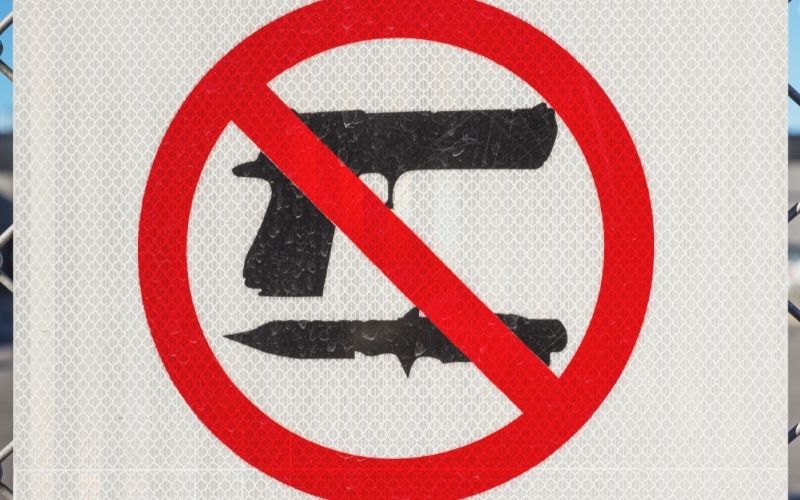 The use of any object that is deemed as a weapon or firearm is prohibited for felons.

The consensus in the United States is that firearms or gas guns are deemed illegal weapons for felons.

A paintball gun falls under gas guns due to its compressed gas or air that is stored in its chamber used in projecting paintballs. There is a lifetime ban implemented on using or possessing any “weapon” that may cause death or serious bodily harm for felons.

In some states, you will be required to secure a permit to carry, own, or purchase a paintball gun. These states will require you to submit to a background check and submit any arrests or convictions in the past. It is illegal to attain a license with a history of violence.

Is Owning a Paintball Gun Illegal?

No, for adults at least 18 years old and have no prior record with local or federal authorities. It is not illegal for you to own a paintball gun.

There are currently no laws in the United States that prohibit ownership or possession of a paintball gun. There may be some restrictions, such as an age requirement, handling, and transportation, or where they are allowed to be fired.

It is permissible by law for anyone to own a paintball gun. Still, it is prohibited to carry one in public, loaded and assembled. You can instead dismantle its gears, unload the ammo, and bring it around in its box.

Do You Need a License to Own a Paintball Gun? 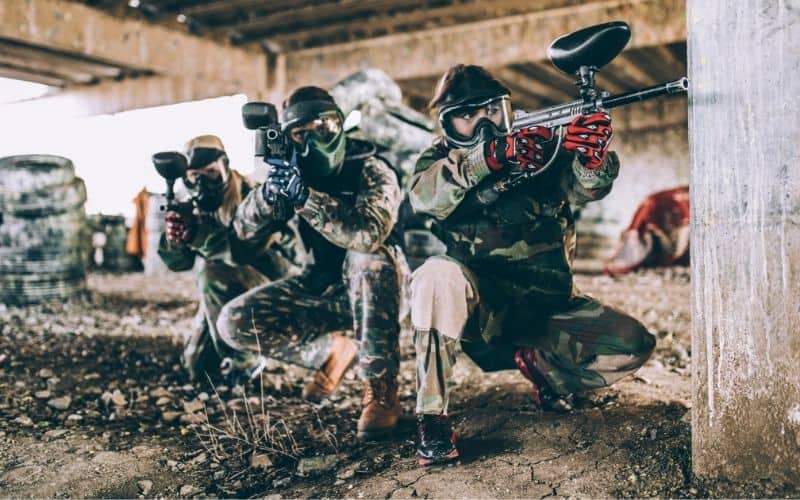 Remember, some states don’t consider paintball guns as firearms and only consider them as weapons.

There are specific regulations for paintball guns in those states, but they don’t include a license.

If you are in an area where your local government deems them as firearms, then yes. You will need to declare them and get the necessary licensing.

Securing a license for your firearm isn’t tricky. It is, however, necessary in some states. If you are caught with a firearm without a permit, you can be charged with a petty misdemeanor or Class D felony charges.

The severity of the charges will depend on the city or state you are in. You can be charged a penalty of $600 up to $25,000. You can also face prison time.

It should go without saying that minors will not be granted licenses. Federal laws state the minimum age for owning a gun is 18 years old.

You can register your firearms and obtain a permit to carry them by following these simple steps.

Because regulations vary from state to state, your license will only be valid for a maximum period as is allowed by the government bodies in your area.

Suppose you are legally in possession of a firearm and want to know more about firearm safety. In that case, you can check out this video:

We hope that this article has given you a deeper understanding of the laws involved in owning a paintball gun.

Remember that while it is legal to own a paintball gun, you must carry out the responsibilities that go with owning them. Familiarize yourself with the local laws related to firearms or air guns.

Secure the necessary licenses for your weapon as soon as possible. If you live somewhere that doesn’t require a permit. You can still take courses in firearm safety for your benefit.

If you are fully equipped with all the legalities involved and ready to have some fun, here is a list of some of the best paintball guns out there.

Here is also a comprehensive beginner’s guide to paintball. This guide can be helpful to those who are looking for a new hobby.

If you are looking for your first paintball gun, we have found that this is a great place to start. The Tippmann Cronus Starter Pack  paintball marker is an excellent gun for paintball newbies, considering its ease. This gun comes from one of the most renowned brands in the game, boasting durability and style.

Can you Wear a Paintball Mask for Airsoft?

How Many Calories does Paintball Burn?

1 thought on “Can a Felon Have a Paintball Gun?”