These markers with Propane Enhanced Performance were also referred to as “fuel-injected” markers. 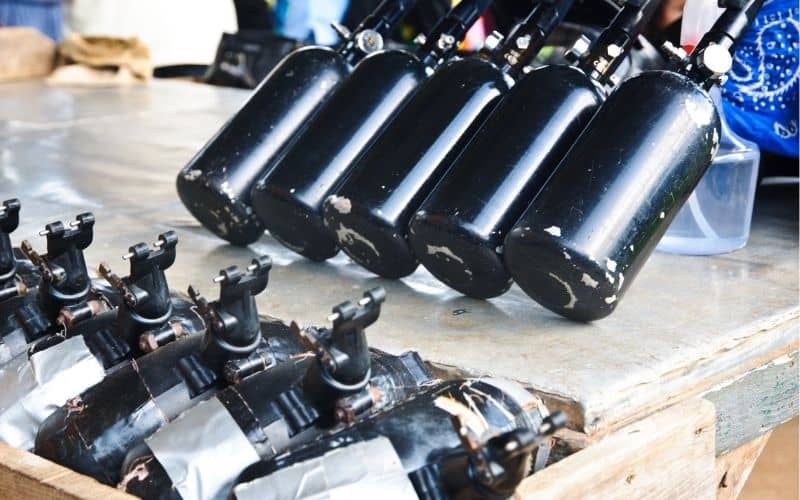 These innovative new guns quickly gained popularity among Paintball enthusiasts. Its release made waves as an industry disruptor, threatening the extinction of CO2 and HPA tanks altogether.

But just as fast as it was made available to the market, it was as hastily discontinued in 2006.

Here we will answer any musings you might have about utilizing propane in your paintball marker. We will also address safety concerns and all relevant regulations.

Can You Use Propane in a Paintball Gun?

Yes, integrating the use of propane into paintball markers is possible. The leading manufacturer of paintball guns has done it, so why not?

During its release, PEP markers offered players up to 50,000 shots per 16oz fill before depletion. The maximum amount of shots a full 20oz tank of CO2 could provide was up to 1,000 shots at the time. The biggest HPA tanks  offered an even less impressive maximum of 450 shots.

While propane provided markers with the same range as CO2 tanks and the stability of HPA tanks, it was discontinued within a year of its release.

The answer to that question is no.

Tippmann pulled out the PEP product line almost instantly for a reason. We will get to why below, but we must first know what propane is to answer that.

Propane gas, also known as Liquefied Petroleum Gas, or LPG, is compressed and stored in its liquid state. 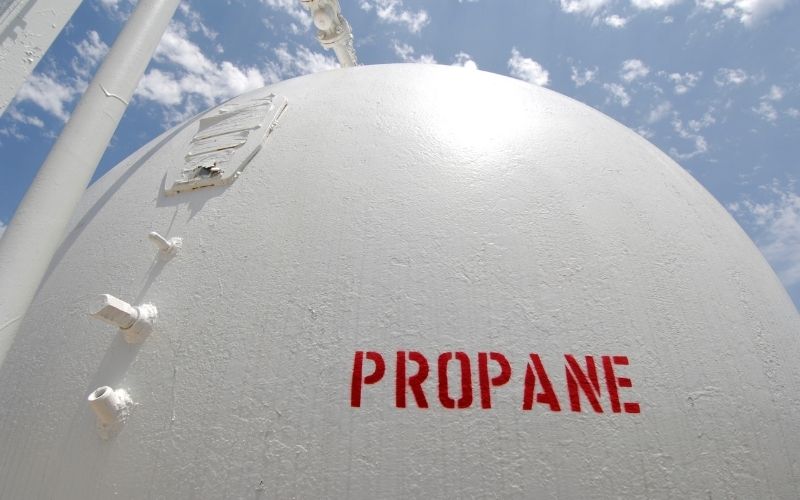 It is transparent, non-toxic, and essentially odorless. The smell of gas you are thinking about is an odor that is manually added in as a safety precaution. So in case there’s a leak in propane tanks, it is easily distinguished by the smell it produces.

The use of propane is sanctioned for industrial purposes, but the use of LPG in households is common. LPG is the primary fuel used in water-heaters, gas-fueled cooking appliances, and home-heating systems.

It also has engine applications for all kinds of vehicles. When it is used to fuel cars, it is known as Propane Autogas.

Propane is a fossil fuel, and also the cleanest burning one at that. It emits fewer greenhouse gasses than other fuels, such as diesel or gasoline.

The benefits of using propane can leave us wondering why they ever revoked the sanction for its use in paintball markers.

Why the Tippmann C-3 Propane Paintball Gun Was Discontinued

The answer is simple. It was not the safe, efficient, ergonomic, revolutionary gun the manufacturers thought they had designed.

It produced a lot of “waste heat.” Waste heat is a fundamental byproduct of anything that uses energy. The amount of energy used in one function expels energy that is of lower utility than its origin.

If you have trouble understanding it, think of the time your computer nearly overheated because of the number of programs it was running. It is the byproduct produced by the energy your processors used to run those apps. 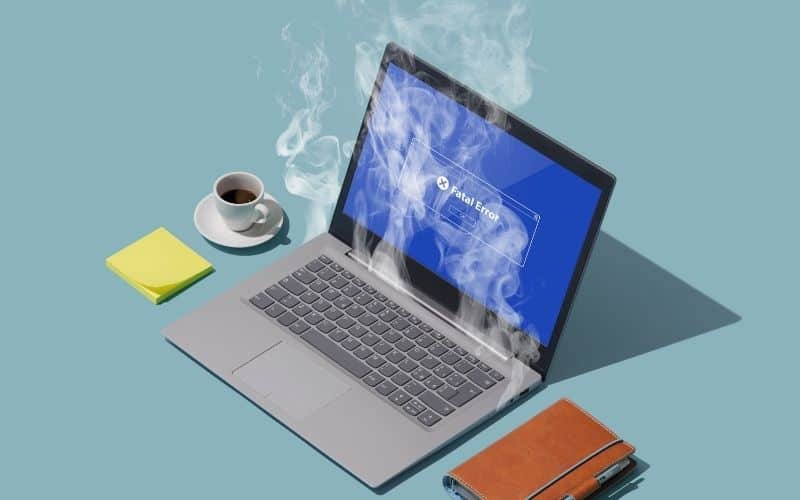 The overheating we feel from our devices is the physical effect of the unused energy building up.

Because of how powerful the energies were that propane produced, the gun would constantly be “too hot to handle,” literally. There was no way around all this waste heat.

Propane enhanced performance meant greater firepower. The firepower guaranteed to its users meant an increase in energy. The substantial increase in power meant a significant increase in waste heat.

Also, even if propane tanks in markers were reportedly much lighter than CO2 or HPA tanks, it is still inefficient because the mechanism is known to drain batteries much quicker than others.

In addition, due to the frequent combustion during firing, the internal wiring is more prone to shorting out. As a result, reports of electrocution during handling have also been listed.

These shortages are sometimes easily fixed with some troubleshooting. But it may require replacement parts or sending the product back on warranty. These reasons make the gun even less efficient for both the buyers and the makers.

Is It Safe To Use Propane for a Paintball Gun?

The Tipmman C-3 was never officially deemed a firearm. But lawfully, any weapon that uses explosive or combustible action to launch projectiles is considered a firearm by the ATF. 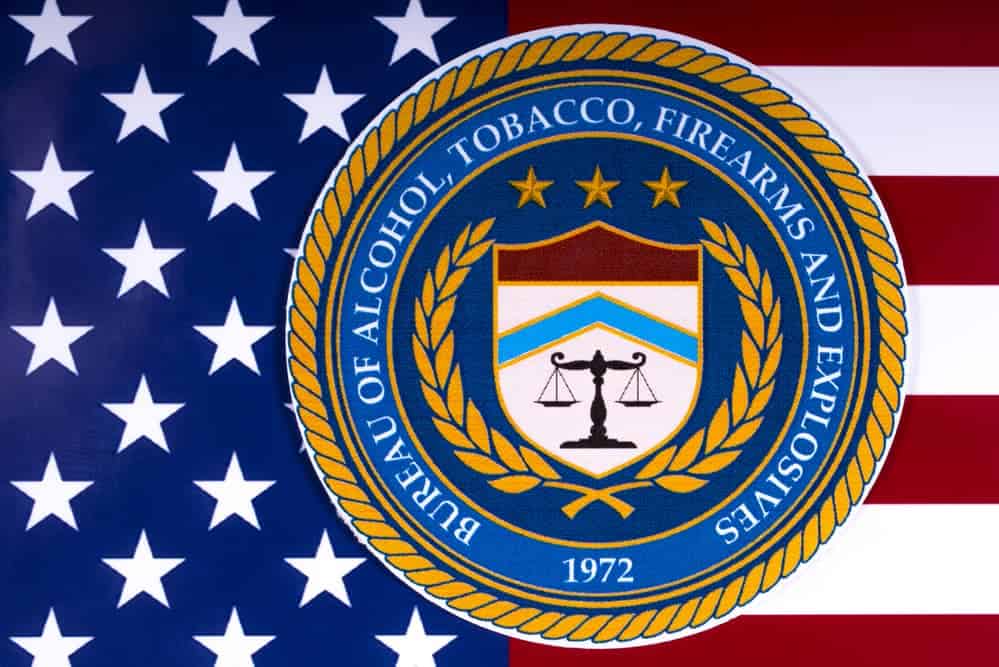 If PEP guns were released today, they would be recognized as firearms by federal law. You will be required to acquire the necessary licenses, even if your local county laws don’t see paintball guns as firearms.

This aspect raises the question of safety.

While the integration has been done, it was discontinued. It has never been reproduced because it is simply not safe.

Since paintball players as young as eight years old are allowed on the field where mass amounts of people participate in paintball event matches, someone using a weapon that is legally considered a firearm in those fields just reeks of disaster.

This is not exclusive to the Tippmann C-3. The use of propane means you are provided with fifty times the average amount other tanks offer because it injects a small amount of propane. The propane is ignited to produce a massive expansion to propel ammunition.

Thus, any propane marker is manufactured for its combustible component. As of this moment, any marker that utilizes propane can be considered a firearm.

Some players DIY a propane integration into their CO2 markers. This is considered unsafe and illegal on playing fields.

Upon entrance to any matches, all equipment is submitted for inspection. Any “unrecognized” modification made to markers will not be allowed on the field even if it passes the chronograph speed test.

Whether you plan on taking it to the field or not, executing a propane integration onto your marker is very unsafe. This creates a fire hazard for your environment and poses a danger to those around you.

Handling a potentially volatile mechanism isn’t safe for the handler, either. The combustion produced by the propane igniting can cause harmful blowbacks. When used in a marker that isn’t designed for propane combustion, it can ruin the gun or cause severe bodily harm.

If you want to see an extensive review of the Tippmann C-3, you can watch this video.

If you are still not convinced about the potential hazard propane in marker poses, we have put together the safety precautions you need to observe should you handle one.

Below you will also see what regulations are implemented on the use of propane in paintball guns.

Failure to adhere to these precautions can cause first to third-degree burns, dizziness, nausea, disorientation, head injuries, carbon monoxide poisoning, problems with eyesight, and property damage.

If you unfortunately suffer from a propane-induced burn, while you wait for medical assistance, you can read what to do in case of a propane injury here.

In Airsoft, the use of “green gas” has been prevalent. It is one of the most popular tanks used in the game.

Over the years, there have been speculations on what green gas is, and it wasn’t until recently that green gas was confirmed to be propane.

Green gas is propane with a silicon-based oil added in for lubrication. The integration of propane in airsoft guns does not involve any type of ignition. The propane is not ignited. It is simply designed to release pressure as CO2 and HPA would.

The integration of green gas in Airsoft does not add an explosive component to markers.

In America, children as young as ten years old can play a game of Airsoft. This is deemed controversial because it is illegal for minors under 18 to partake in Airsoft in most countries.

While the U.S.A. allows kids to play in commercial establishments, they cannot carry it anywhere in public, even dismantled, unloaded, and encased.

Adults over 18, however, can carry airsoft guns, with or without propane, anywhere in their non-functional state. Still, depending on the area you are in, you might be required to register the weapon for a license.

Here are Some Regulations Implemented on Airsoft Guns:

Here are Some Regulations on Propane Canisters: 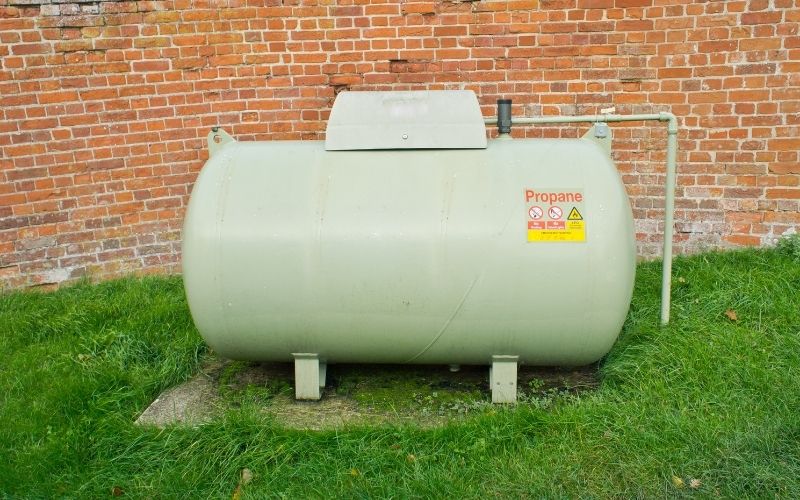 You can read more about the proper handling and storage of propane tanks here.

We hope that this article saved you from having to do most of the research on your own.

Remember, propane integration has been done before, and it was discontinued for a reason. Do not try to integrate it yourself, at home.

Can I Use Paintball CO2 for Beer?

Can You Get a Concussion From a Paintball?