Hayes Noel, a stockbroker from Wall Street, and Charles Gaines, an outdoorsy writer, invented the game in New Hampshire. On June 27, 1981, the pair picked up a paint gun from a farm catalog and gathered ten of their friends. They devised a game that is now known as paintball.

The game has been extensively played across the globe for over forty years. You might be wondering, is the sport safe to play?

In this article, let’s explore the sport of paintball and uncover the possible injuries you might sustain playing the game and how you can treat them.

Players eliminate players from opposing teams by shooting round gelatin capsules filled with dye at them. These spheres are used as ammo. The game is named after the ammo called paintball.

The paintballs are customarily shot out of low-powered gas guns called paintball markers. The guns are powered by compressed nitrogen or carbon dioxide.

Markers were initially intended to mark trees and cattle remotely. They were not made to cause any harm. Conversely, they were made to mark targets with paint from further proximity and cause the least possible damage, if any.

Both adults and children enjoy paintball. Kids as young as eight can now partake in an official paintball game, with playing grounds even hosting children’s parties.

The game is trendy and one of the most celebrated games in the United States. Two of the most significant events ever recorded claimed an attendance of more than 4,000 players.

Two events hosted in Oklahoma and Pennsylvania claim to have catered to thousands of paintball enthusiasts. Oklahoma D-Day was held in Wyandotte. ION in Jim Thorpe sponsored the Skirmish Paintball. 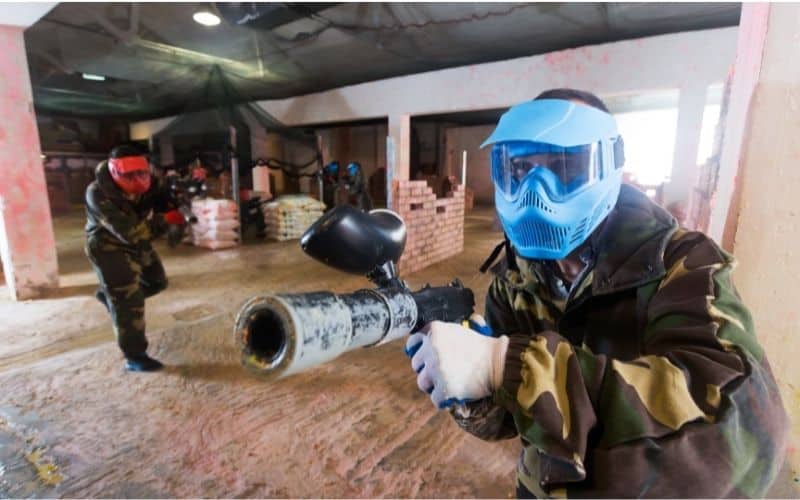 What is painful to one isn’t necessarily painful to all. Pain is primarily subjective.

Paintballs are made of non-toxic colorants encapsulated in gelatin. The balls themselves are harmless. The velocity they are shot out of the markers, and their proximity to the target make the difference.

Like with any sport, though, there are proper protective equipment and safety protocols involved in the game. Neglecting those regulations may cause its players harm.

How Bad Does a Paintball Hurt? 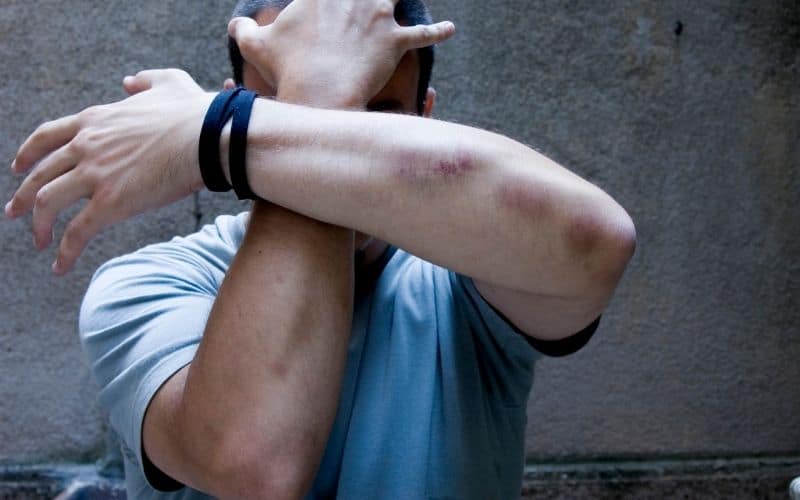 It’s commonly reported among players to feel a stinging sensation upon impact. The feeling is likened to that of a firm flick or a rigid open-palm slap.

The pain isn’t significant and typically doesn’t last. Seasoned players barely feel most hits, but a paintball shot at close range can cause bruising and other injuries.

Paintball has one of the lowest rates of injury in any sport. More injuries have been reported in golf and bowling.

In some schools, paintball is integrated into P.E. classes and regulated as extracurricular activities. More students are sent into the nurse’s office for injuries sustained in cheer practice than in paintball.

There may be some reports of broken bones and fractures being sustained in playing paintball. But rarely are those injuries directly inflicted by the paintballs themselves.

Can a Paintball Break a Bone?

Bones are robust. They are four times more potent than concrete and even more solid than some kinds of steel. Given its incredible strength, bones can still break when the bone runs into a more substantial force.

According to field regulations, all markers must submit to a speed test. Official paintball grounds protect their patrons by using a chronograph on markers before permitting its use on the field.

The standard speed for markers is between 240 and 280 feet per second. By this standard, paintballs shot out of markers travel at 163 to 190 mph.

We’ve done the math, the answer is:

No. A paintball shot at the legally regulated speed cannot break through human bones.

Getting shot from short proximity with the top-of-the-line paintball marker, like the First Strike T15 Rifle , can cause welting, bruising, and tear through the skin. However, it still cannot break through bones.

The paintballs are made with gelatine and designed to shatter entirely on impact. The casing of the paintball is deliberately brittle to ensure the paint is released on any surface.

Regardless of the marker, paintballs are designed to stain and not to inflict pain.

Find out more about how paintballs are made in this video below:

How to Treat Paintball Bruises?

The most common injuries sustained in paintball are welts and bruises.

The skin is raised when it is a welt. Your skin may be swollen or exhibit tiny red bumps on or around the area.

On the other hand, a bruise can appear purple, brown, or maroon. The mark is caused by blood leaking due to a damaged capillary underneath the epidermis of the skin.

Both these afflictions can be unpleasant, tender to the touch, and give off a stinging sensation. The inflammation may last for some days or until the irritations disappear entirely.

Though they are different, they both benefit from the same basic at-home treatments.

Treating Bruises or Welts Caused by a Paintball:

These steps are necessary to prevent further irritation or keep it from getting infected. The steps below, while optional, can help hasten the healing process.

We hope that this article has been informative.

I guess that the key takeaway here is that paintball is relatively safe.

Like all sports, playing the game responsibly and observing safety protocols can protect you and others from potential dangers.

Watch this following video if you’re new to paintball and want to learn helpful tips that help keep players safe.

How Bad do Rubber Paintballs Hurt?