When you have a pacemaker, life can be a bit more difficult. Suddenly, you have to be more careful with what you do and how you do it.

But sometimes, you might want to play some paintball – after all, what’s the use of a pacemaker if you can’t have some fun! 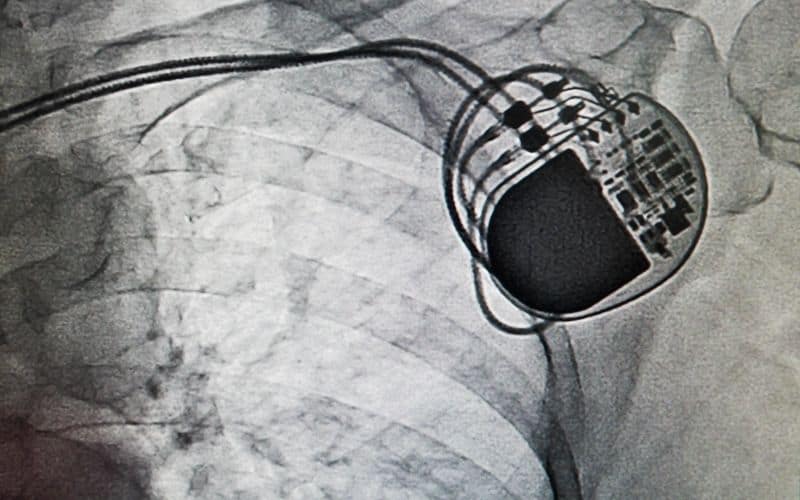 However, can you even play paintball with a pacemaker?

We have found that you can play paintball with a pacemaker. However, you have to take precautions, like recover fully from your implantation, consult your doctor; wear extra protection, and watch for any side effects. Also, make sure you have your pacemaker registration card in case anything goes wrong.

What Is a Pacemaker?

Before we get into paintball, let’s first understand what a pacemaker is and how it affects you.

Simply put, a pacemaker is a device that adjusts – you guessed it – the pace of your heart. It does this by stimulating it with an electrical impulse.

It is made up of the following basic components:

With these components, a pacemaker can stimulate your heart to beat faster, which helps treat a slow-beating heart with bradycardia.

Can You Play Paintball with a Pacemaker? 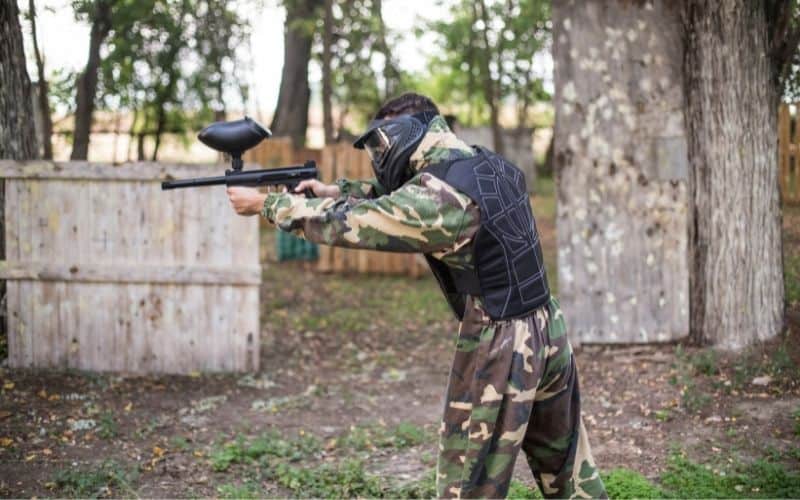 In short: yes, you can play paintball with a pacemaker.

However, you need to be sure to take precautions – after all, what’s the use of getting a pacemaker if you put yourself in a situation that prevents it from working!

The first thing you need to do is recover fully from your implantation if you just got your pacemaker. This may take a few weeks.

The second thing you need to do is consult your doctor and find out what they would advise.

If your doctor approves of paintball, the third thing you need to do is wear extra protection to keep your pacemaker from getting dislodged or damaged.

Finally, the fourth thing you need to do is watch out for symptoms of a malfunctioning pacemaker during or after paintball.

How Long Does it Take to Recover From a Pacemaker Implantation?

If you’re planning to get a pacemaker soon before playing paintball, you have to make sure you have enough time to recover fully.

Although you may think you can be back to 100% soon after the pacemaker implantation, it will take a while even to do mundane, everyday activities.

Here’s a timeline of your recovery after pacemaker implantation:

How Long Should I Wait After a Pacemaker Implantation Before Playing Paintball? 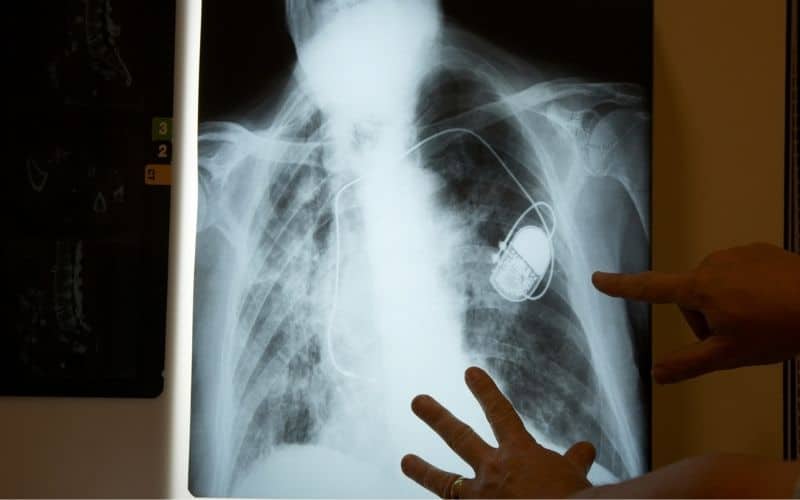 As you can see, it’s best to wait at least six weeks before doing anything – including regular, everyday actions like reaching up or lifting objects.

So, although you can technically play paintball after six weeks, it will depend greatly on you and how you feel.

If your range of motion, energy, endurance, and strength isn’t back up to 100%, you should wait until they are.

And, to be completely sure, you should get a checkup and ask your doctor before playing paintball or doing any other activity outside everyday life.

What Should You Do to Protect Your Pacemaker for Paintball? 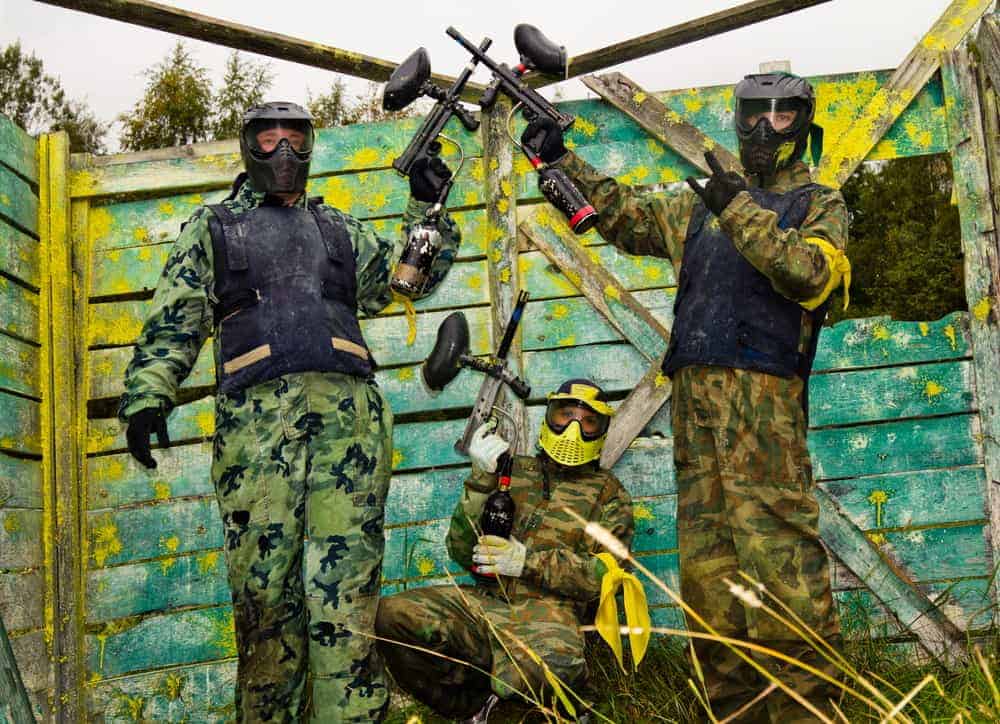 Now that you’ve fully recovered from your implantation and consulted your doctor, you’ll need to prepare extra protection for the area over your pacemaker.

To protect your pacemaker, you can follow these steps:

Now you should be ready to play paintball!

How Do I Know If My Pacemaker isn’t Working? 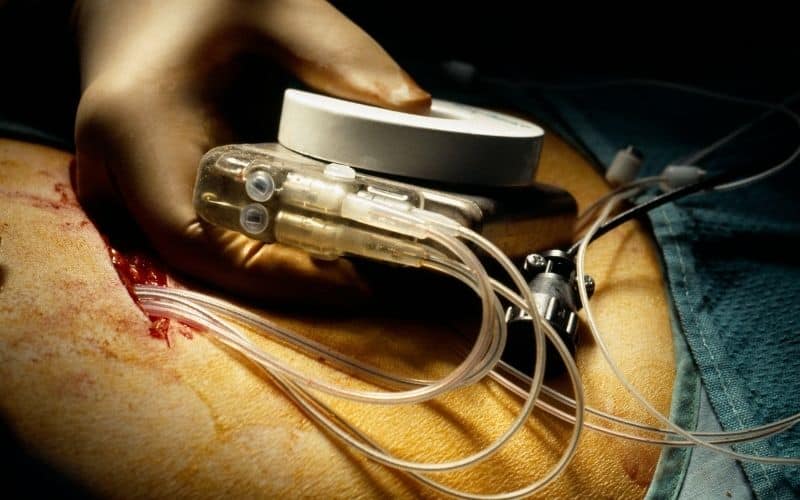 However, even if you’re fully recovered and protected, there’s still a chance that something could go wrong while playing paintball.

If it does, your pacemaker may stop working, or a blood clot may form, or an infection may develop.

So, it’s wise to constantly check in with yourself during the game, and after the game, since it may take some time for effects to kick in.

Here are some symptoms that you need to look out for:

If you observe ANY of these symptoms, call your doctor right away, or go to the nearest medical center.

This will be handy if you have to get treated by someone other than your doctor.

A pacemaker is a device that is implanted in your chest to treat bradycardia.

You can technically play paintball with a pacemaker, but you need to take four main steps to prevent anything from going sideways.

If your pacemaker malfunctions, you can get a variety of symptoms, including dizziness, swelling, fainting, weakness, or any pain. Go to the doctor if you feel unwell.

We hope this article helped you!

Can you Take a Paintball Gun to Mexico?

Can you Refill a Paintball CO2 Tank with Compressed Air?