For those who aren’t comfortable carrying a firearm or for those who are not willing to inflict permanent harm on their assailant, a paintball gun seems to be a good alternative. 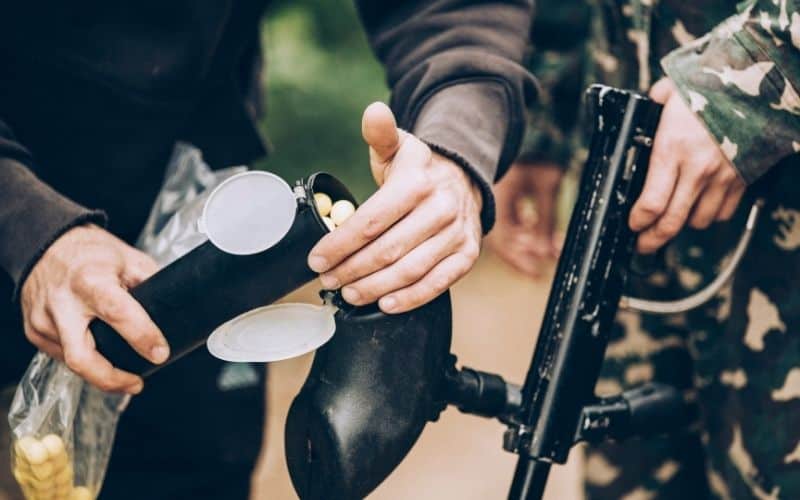 However, in some states, a paintball gun is considered to be a weapon and if carried by someone who is not allowed to do so, it can be treated as illegal.

Here, we’ll explore whether or not a paintball gun is illegal and in what circumstances can it be used in self-defense.

Can I Carry a Paintball Gun?

Depending on the state you are in, carrying a paintball gun can be illegal.

In California, paintball guns are considered to be “imitation firearms” because they have the same look as a gun and have the ability to shoot projectiles from their barrel.

Under the law, imitation firearms are not allowed to be carried and displayed in public. Some of these areas include sidewalks, public transportation vehicles, California’s legislative offices, and malls. 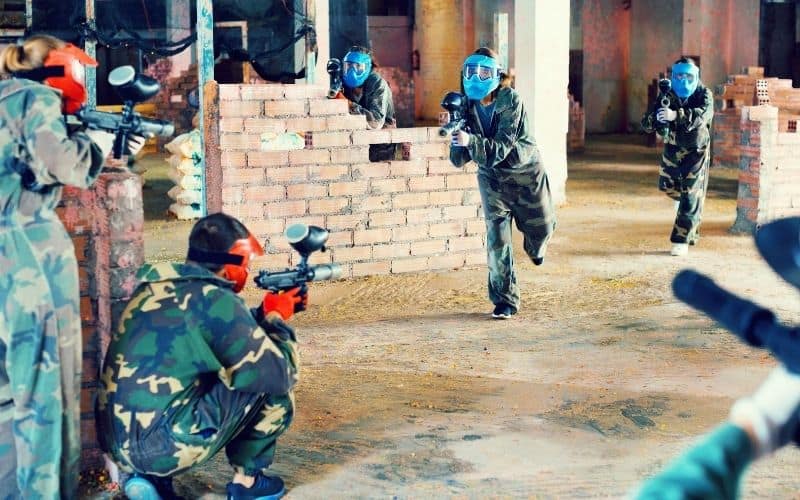 You can only carry a paintball gun in the said areas when you are above 18 years old. Minors in California are not allowed to purchase or own a paintball gun.

Can You Use a Paintball Gun for Self-Defense?

Yes, you can use a paintball gun for self-defense. A paintball gun will be helpful in distracting or immobilizing your intruder to give you time to run or call the police.

However, a paintball gun can only be an effective self-defense weapon when you hit your assailant in the right areas and when you use the right objects to shoot.

The right spot to hit your assailant would be in areas where there is no protective gear, ideally where the clothes are thin. These areas would often be the face, stomach, and neck.

Other good areas to aim for are sensitive areas like the genitals and neck.

You can also aim at larger areas of the body (like the arms, legs, and back), but this might not be as effective since your assailant might have strong muscles in the area. The paintball hitting them might not be enough to cause injury.

To add to that, a paintball gun will also be effective if you use other objects to shoot, like pepper balls or rubber balls.

When you shoot an assailant, make sure that you are at a safe distance so that they will not be able to grab and hurt you.

Is a Paintball Gun Considered a Firearm?

The federal government does not consider paintball guns as firearms because according to the Bureau of Alcohol, Tobacco, Firearms, and Explosives (ATF), firearms are defined as weapons that “fire a bullet by an explosive reaction”.

However, some states consider paintball guns as weapons, like in New Jersey and New York. Since this is the case, buying and owning a paintball gun in these states will follow the process to that of a firearm.

Connecticut and North Dakota, on the other hand, classify paintball guns as dangerous weapons.

In California, paintball guns are called imitation firearms. They are classified together with airsoft guns and BB guns because these objects create projectiles with objects and can be easily mistaken as a gun.

If you notice, the overarching categorization of a paintball gun is more on the lines of weapons or imitation firearms.

To know if your state considers a paintball gun as a weapon or imitation firearm, best to check your local laws and definitions.

Does a Paintball Gun Require a License? 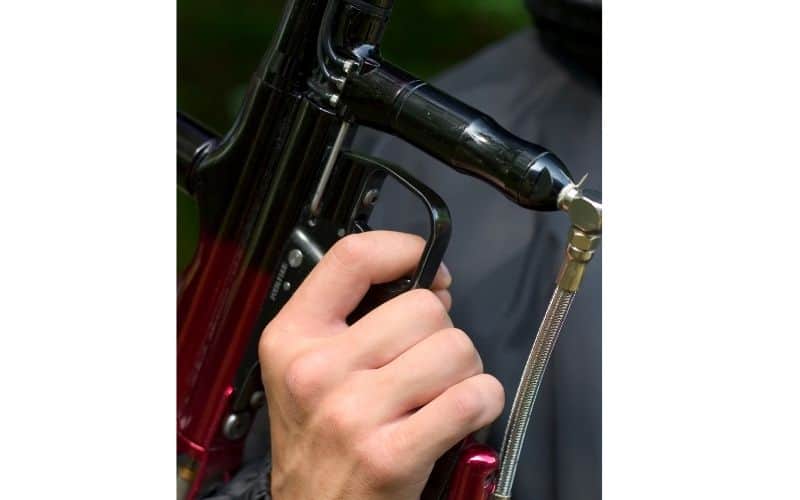 This depends on how the state where you live in or will be playing paintball treats paintball guns.

License requirements vary per state. Usually, it will need identification, like a valid ID where your permanent residence and photo are found. Other details like birthdate and age might also be required to be shown on your ID.

Depending on the state where you’ll use a paintball gun, you might have to pass other requirements other than an ID. Some states will need you to pass a firearms safety course and submit the certificate of completion.

Do You Have to Be 18 to Buy a Paintball Gun?

No, you don’t have to be 18 years old to be able to buy a paintball gun. However, this depends on the state where you live and the legal age it considers. 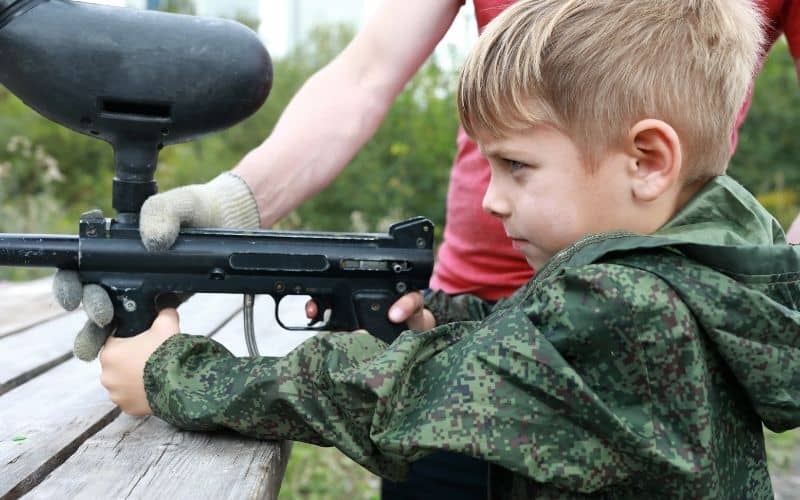 In Illinois, their legal age is 13 years old, so those that are 13 and above can already purchase a paintball gun without needing the consent of their parents or legal guardian.

For most states, their legal age is 18 years old. And if you are a minor who wants to have a paintball gun, you need to have a written parent’s consent.

Carrying a paintball is not illegal, since it is not considered a firearm in the country. However, in some states, it is considered a weapon and there are certain restrictions when carrying a weapon.

However, if you use a paintball gun for self-defense, it isn’t illegal.

If you end up needing to use it for self-defense, make sure that you aim at the unprotected areas of your assailant and use more solid objects that can distract or injure your assailant.

Can You Use Gun Oil on Paintball Guns?

Can You Use a Paintball Gun for Self-Defense (US, UK)?