Their blasters have almost the same appearance, and both do not require vests, although Dynasty Toys’ system is completely vest-less, while Best Choice has optional vests available. 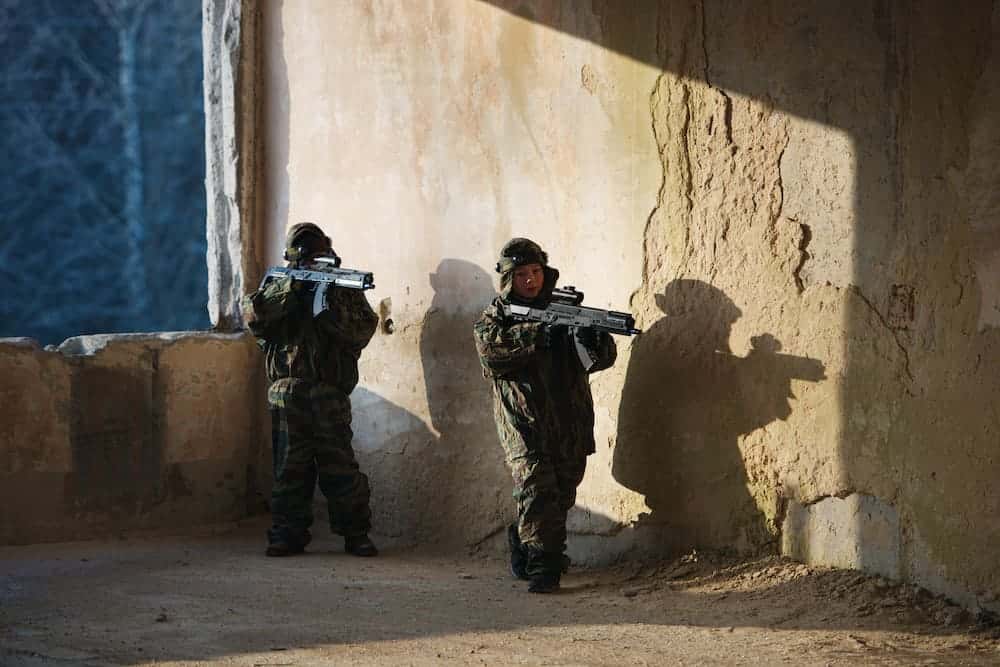 While reviewing laser tag sets from the two companies, we found minor differences in the way their games and products are designed.

Read on to find out which product we prefer, and why.

The Best Choice and Dynasty Toys’ laser tag sets will be compared in the following areas- gameplay, range, batteries and compatibility.

In our experience, these factors are the most important in determining whether you get a good experience using a particular laser tag system.

A good laser tag product should offer fun gameplay, while its range, batteries and compatibility are practical things to consider.

Gameplay can make or break a laser tag product, as its entertainment value contributes significantly to user demand.

Best Choice and Dynasty Toys both scored fairly well in this aspect, as they offer an all-rounded enjoyable experience.

The Best Choice Laser Tag Set is a system where vests are optional, as targets are built into the blasters.

The product’s standout feature is that each of the four blaster modes has a different sound.

Users are able to choose between the pistol, shotgun, machine gun and missile modes, adding a level of variety to the game.

The infrared beam of the blaster is highly accurate, and the system supports up to 4 teams.

Best Choice designs their laser tag product to be highly customizable, meaning you can adjust the level of ammunition and hits to suit your gaming style.

The blaster gives off colorful lights and realistic sound effects. Three light indicators show the number of lives left for each player.

At the start of the game, you will get 9 lives, with each light representing 3 lives.

If you run out of lives, you have to restart the gun in order to get 9 lives again, and this can be quite a hassle.

Dynasty Toys Laser Tag Set is a vest-less system, where sensors are built into the front of each blaster.

It offers 4 team settings, including a Team A vs. Team B scenario, and a free-for-all game.

Team sizes are unlimited, so you could purchase additional sets to play a large multiplayer game.

Dynasty Toys’ blasters come with speakers that will announce key events, such as when you run out of ammo, or register a hit.

However, Dynasty Toys’ laser tag blasters do not allow you to block bullets, and their speakers are quite loud.

Each player gets 9 lives, which are fixed. The blasters also do not have physical recoil effects.

Nevertheless, we think that the color and sound effects from Dynasty Toys’ laser tag system provide a fun level of gameplay similar to that of Best Choice.

The range is important if you wish to play laser tag in a large area, especially in open spaces.

However, this may not be sufficient for playing outdoors in open spaces.

Our suggestion is that you set up additional obstacles to mimic a laser tag arena. 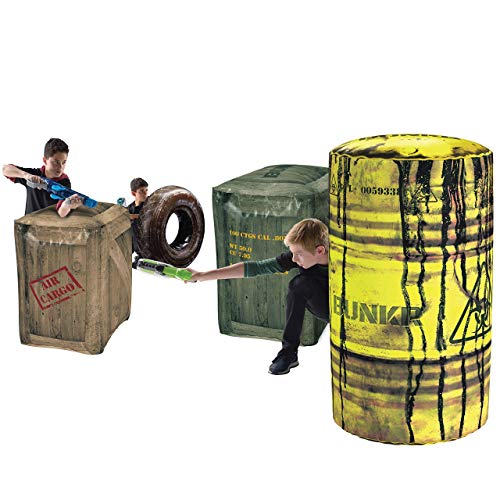 As such it is well-suited to indoor play, while we recommend setting up obstacles for playing outdoors.

We find that their blasters work best indoors, or if you set up obstacles for playing outdoors.

This will reduce players’ tendency to run around, thus decreasing the shooting range needed.

Laser tag blasters that consume lots of battery power would require you to recharge or change batteries frequently.

You should also take note of the size (AA vs AAA) and the number of batteries required.

Blasters that support rechargeable batteries are preferred, as you would not need to purchase new batteries frequently.

Best Choice uses 4 AA batteries  for each blaster, which are not included in the set.

You will need a small screwdriver to open up the battery compartment.

Some customers reported using their batteries for a very long time, while others even used rechargeable batteries.

Besides the hassle of replacing or recharging batteries, there is not much to worry about.

Batteries are not included in the set- it is recommended to purchase rechargeable batteries, to avoid replacing them often.

Some users were dissatisfied with the screwed-on compartment housing the batteries, and found it difficult to open.

Best Choice is slightly ahead even though it uses similar batteries as Dynasty Toys’ blasters.

This is due mainly to complaints about Dynasty Toys’ battery compartment. 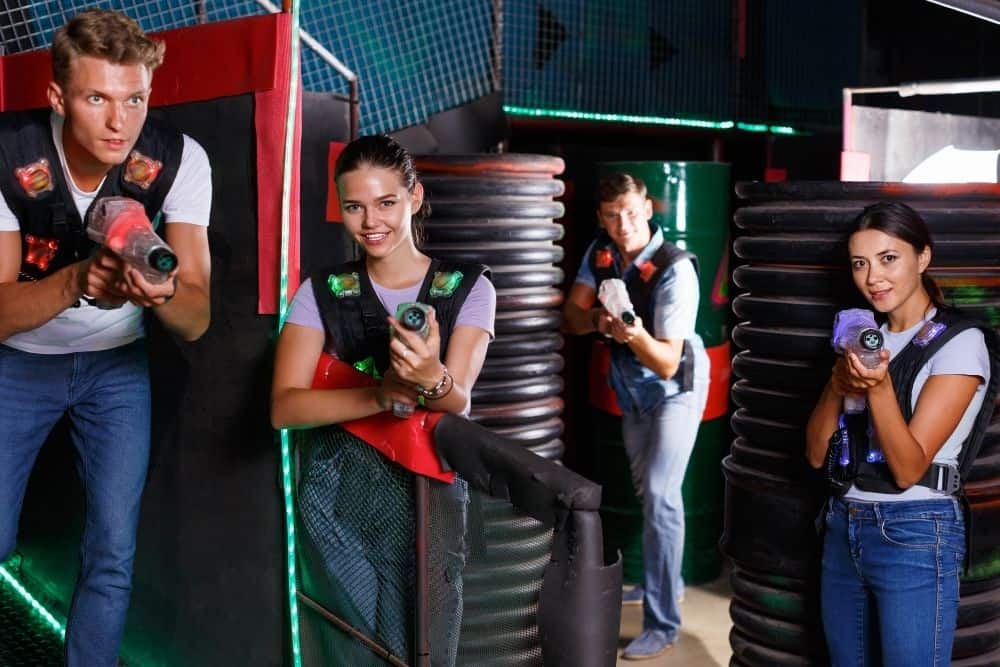 Compatibility refers to whether laser tag blaster models are able to work with other models from the same brand.

A related attribute is the ability to include add-ons in the same game as ordinary blasters.

The Best Choice Laser Tag Set is compatible with other laser tag blasters from the brand.

However, the system’s limitation is in the relative lack of add-ons.

Besides blasters, you may purchase the Robo-Spider, a moving bug that flips whenever it takes a hit.

The brand does not only offer cross-compatibility between its blasters; it also adds three game modes when you purchase the Jukibot .

Two of the game modes require you to use blasters and will test your shooting ability.

The droid mode, meanwhile, allows you to drive the Jukibot into a laser tag game and interrupt the other players! 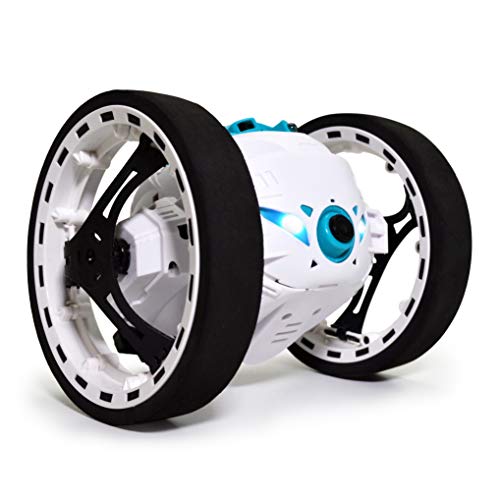 Dynasty Toys Laser Tag Set is the clear winner in this department.

Its Jukibot add-on offers additional game modes, while all its blasters are cross-compatible.

In contrast, Best Choice does not offer much in terms of add-ons, although their other blaster models may be used together in the same game. 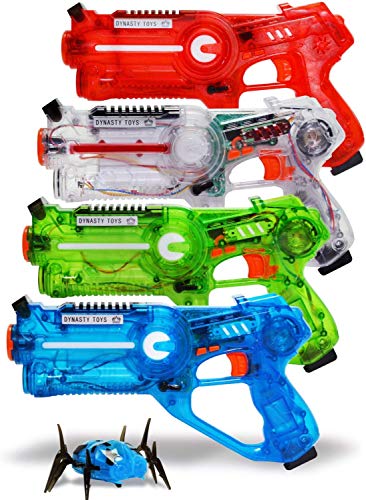 Both brands offered a good range for their blasters, which we find ideal for playing indoors, or outdoors with obstacles .

Gameplay is also enjoyable, although there are minor differences between the two products.

Therefore, we would recommend the Dynasty Toys Laser Tag Set to those who wish to have more variety in game modes, while those who want a reliable system and less hassle with replacing batteries could opt for the Best Choice Laser Tag Set.

If you have played with Best Choice laser tag guns before, you may have encountered a situation where your blaster says “Waiting on activation”.

This means that you have lost all lives and your gun has been deactivated.

In order to re-activate your blaster, a player from a different team will need to point his/her gun at your blaster.

He/she must hold down the team selection button at the same time.

Your blaster will then announce “Full blood resurrection” and be reset.

Now, you will be able to select a team, while your ammo and health will be fully restored.

Best Choice is an online retail company with over 16 years’ experience.

In contrast, Dynasty Toys was only established in 2013.

The company started as a small team of toy-makers, and continues to focus on the family entertainment and games industry.

Although the blasters of both companies have similar designs, they were not designed to be interchangeable.

Therefore, Best Choice’s laser tag guns are not the same as those of Dynasty Toys’, and it is not advisable to use both of them in the same game.

Is Laser Tag a Sport?

Can You Rent Laser Tag Equipment?